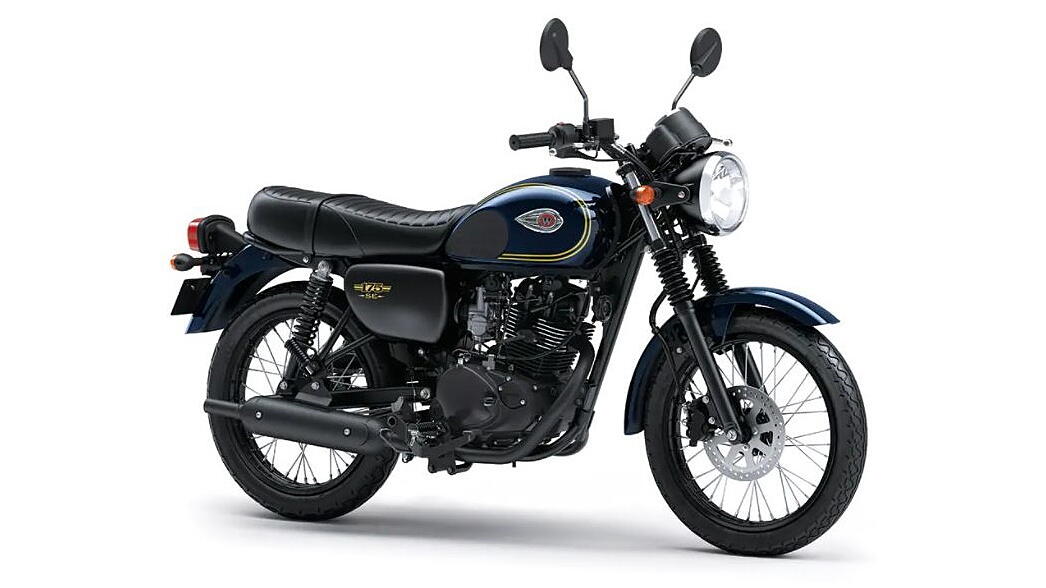 - Likely to be launched in India this year

Kawasaki has launched a new colour option of its modern-retro offering, the W175, for 2021 in Indonesia. While it was previously available only in Ebony and White paint schemes, the new Metallic Ocean Blue shade has now been added to its colour palette. It gets blue-coloured fuel tank and fenders while there’s golden pinstripe on the tank and golden ‘175’ badge on under seat panels.

The Kawasaki W175 might also enter the Indian market this year. Backing this speculation is the fact that the bike was spotted testing in India in November last year. And if it comes, it will be the smallest and the most affordable Kawasaki offering in the country. Until Kawasaki discontinued its BS4 bikes, the Ninja 300 was its entry-level product for India. Typical of a retro machine, the W175 gets a round headlamp, a peanut-shaped fuel tank, a single-piece seat and spoke wheels. Powering the bike is a 177cc, single-cylinder, air-cooled engine which comes mated to a five-speed gearbox. It pumps out 12.9bhp at 7,500rpm and 13.2Nm of peak torque at 6,000rpm. Suspension duties are handled by telescopic forks up front and dual shock absorbers at the back while braking is taken care of by a disc-drum combination.

In terms of body style, the Kawasaki W175 will compete against the likes of the Royal Enfield Classic 350, Jawa Standard and the Benelli Imperiale 400. It is likely to be priced around Rs 2 lakh (ex-showroom).