We don't have Yamaha FZ S FI price in . We have considered price in for calculating EMI.

Yamaha FZ S FI is a street bike available at a starting price of Rs. 1,16,353 in India. It is available in 2 variants and 5 colours with top variant price starting from Rs. 1,19,353. The Yamaha FZ S FI is powered by 149cc BS6 engine which develops a power of 12.2 bhp and a torque of 13.3 Nm. With both front and rear disc brakes, Yamaha FZ S FI comes up with anti-locking braking system. This FZ S FI bike weighs 135 kg and has a fuel tank capacity of 13 liters.

India Yamaha Motor has announced the launch of the 2022 FZS-Fi. Unlike its predecessor, the 2022 FZS-Fi range will be available in two variants – Standard and Dlx.

The mechanical specifications on both variants include a BS6-compliant, 149cc, single-cylinder engine that makes 12.2bhp of maximum power at 7,250rpm and 13.3Nm of peak torque at 5,500rpm.

The suspension tasks on the motorcycle are handled by telescopic front forks and a preload-adjustable rear mono-shock. The braking department comprises single discs on both wheels while the safety net is handled by a single-channel ABS. Other standard features on both variants include an LED taillight, Bluetooth connectivity, a multi-function LCD instrument cluster, an LED headlight, a tyre hugging rear mudguard, and a lower engine guard. The FZS-Fi Dlx further benefits from LED flashers. The Dlx variant also gets different graphics, coloured alloy wheels, and a dual-tone seat.

The Yamaha FZ S V 3.0 is a perfect bike for city commute. The ergonomics are good, so is the 149cc engine. It's torquey, is refined and returns decent mileage. Plus, all these are backed up by Yamaha reliability. 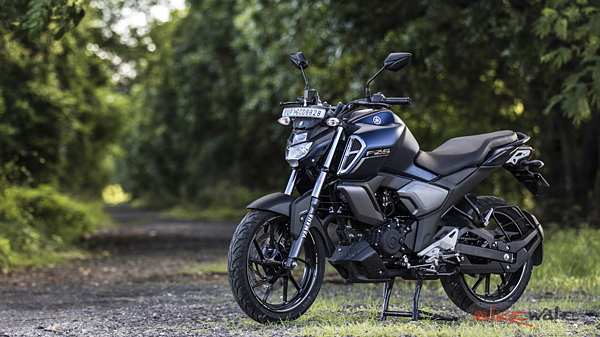 As reported by FZ S FI owners, the real mileage of Yamaha FZ S FI is 45 kmpl. As per ARAI, the average of FZ S FI is 52 kmpl.